Physics, Chemistry & Mathematics by IIT toppers and the best faculty of national repute. 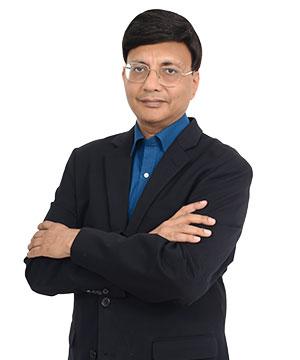 Program Director & Mentor of the Celebrated and a Unique IIT Foundation Course with a curriculum for Students of 8th, 9th, 10th that enables Students by 12th Grade get an extra year practice to Crack JEE with High Rank.

Pradeep Agarwal Academy has carved out a niche for itself in the field of coaching for IIT and other entrance exams. Its students have managed to obtain top ranks in JEE Advanced, JEE Mains, BITSAT, NEET, etc. The reason for success is simple; sincerity and adherence to fundamentals.

The focus at Pradeep Agarwal Academy is on quality education rather that quantity education. The number of batches that the academy takes are limited and for best results, the methodology, speed and difficulty level in each batch are carefully adjusted in accordance with the personal needs of students. Since every individual is different, he/she needs a customised environment which is catered to differently in different batches.

A distinguishing feature of Pradeep Agarwal Academy is its focus on multi-dimensional approach to solve problems expeditiously with no compromise on accuracy. The students are encouraged to use and analyse concepts in the most simplistic manner which enables them to solve difficult problems in the minimum possible time. This is an important virtue to be developed if someone is aiming to be among top rankers in competitive exams.

At Pradeep Agarwal Academy, the students are encouraged to bring problems whose solution in the books is given using long method. The students are guided on how to solve the same problems in less time using alternative but simple approach.
All this is possible due to mentoring at the academy done by a team of highly talented, skilled and experienced IITians who are always available to guide students and take responsibility for their success. Being among toppers at IIT and authors of books for JEE Advanced, the faculty at the academy have devoted many years of extensive research on various methods to make learning efficient and solve wide variety of seemingly difficult problems proficiently.

An outstanding feature of the academy is to make students of class 8th, 9th and 10th to complete the entire NCERT syllabus of classes 11th and 12th while in class 9th or 10th itself. This helps them to qualify the coveted KVPY and also helps them to obtain a much better rank in IIT. Few students of class 10th have even completed most of the portions of JEE Advanced syllabus and while in class 10th itself, they have already attained the confidence and skill to solve IIT problems of highest complexity level.

Pradeep Agarwal Academy also offers a systematic way ahead for students (preparing for IIT at other institutes) who are good but have lost confidence with deteriorating performances both at institute and school. Such students are first evaluated in terms of their actual potential. Many of such students after joining Pradeep Agarwal Academy have got their foundations firmed up and are now doing extremely well both at school and various tests during their ongoing preparation for competitive exams.

The academy takes pleasure in inviting students and parents to visit the academy and experience the difference themselves.

Pradeep Agarwal, popularly known as ‘Pradeep Sir’ to his students is an academician who studied in IIT Kanpur (1983-87) and had secured rank among toppers in IIT JEE. He is author of Physics books for JEE Advanced (in 6 volumes) and a recipient of various scholastic achievements while he was a student.

Pradeep Sir had always been deeply interested in solving mathematical puzzles. In early eighties, when Rubik cube puzzle was invented, its fever had gripped the entire world. Solving this puzzle was considered to be a challenge which at that time only a very few in the world were able to solve. Pradeep Agarwal, then only 16 years of age developed a unique method which helped him to solve the great Rubik cube puzzle in under 30 seconds.

During his college days at IIT Kanpur, he used to play Bridge and has been an ardent lover of the game. At the age of 21 years, he had topped in the Bombay open Bridge tournament.

For over 13 years, Pradeep Sir worked in corporate sector but his heart and passion had always been in academics and felt the need for deeper analysis of seemingly difficult concepts to explain them in a manner that is easy to understand. Having closely seen the growing competition during the past 20 years, he undertook Research in Physics with a focus on presenting complex topics in a simple and efficient manner.

He developed an interest to revolutionise the existing pattern of study (by making a student learn quickly in the most efficient manner) when his own children were preparing for JEE. Observing lack of any credible Institute(s) that give Concept based Teaching curriculum, Pradeep Sir pioneered IIT Foundation program – a unique course that prepares students to develop strong Conceptual learning giving them a head start in their pursuit of a high rank at JEE.

Pradeep Sir strongly feels that Lesser the age Better is the grasping ability. Young minds just need proper guidance with learning in a stress-free environment while enjoying every moment of their learning process. This is the Mantra he had conviction in and he experimented it with both of his children: his son and daughter who finally obtained rank among toppers in JEE Advanced and that too while spending a good time in sports and other curricular activities.

Pradeep Sir is very particular about the following

Through his years of research, he developed an expertise to make students study with speed and efficiency. Many students of class 8th, 9th and 10th under his guidance have completed the entire syllabus of classes 11th and 12th. Some students have also completed most of the portions of IIT syllabus and have developed skill to solve IIT problems of highest complexity while in class 10th itself.

Pradeep Sir is passionate about students bringing problems whose solution in the books is given using long method. He loves to guide them on how to solve the same problems in less time using alternative but simple approach.

Pradeep Agarwal Academy has carved out a niche for itself in the field of coaching for IIT and other entrance exams. In a short span of time, since its inception in the year 2012, its students have managed top ranks in competitive exams like JEE Advanced (IIT JEE)

HOW TO PREPARE FOR IIT